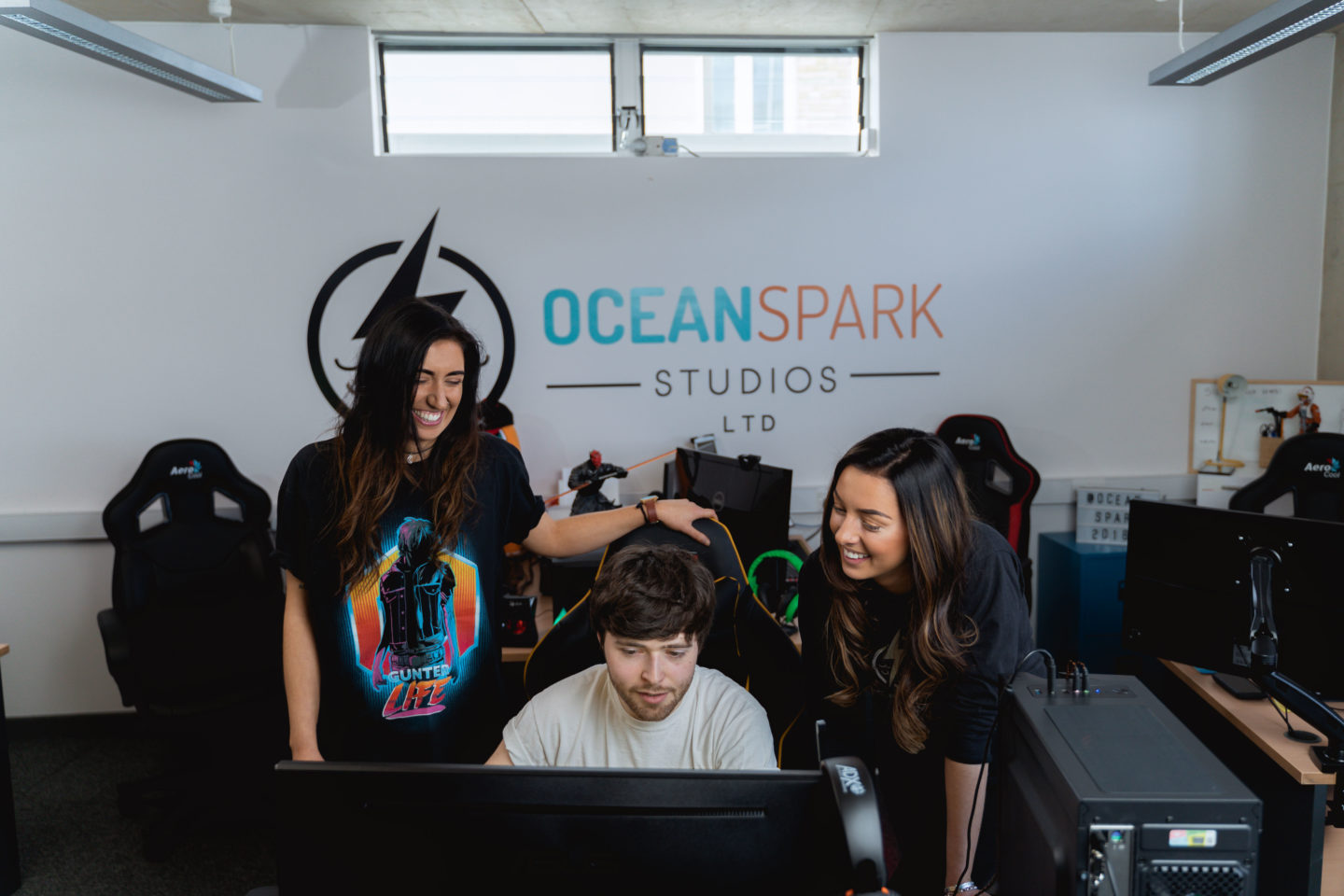 Based in Huddersfield in Yorkshire, Ocean Spark Studios is a young and dynamic games development studio with a keen interest in supporting and encouraging diversity in the industry. The studio’s three founders (Helen, Ellie and Zach) are all actively involved in the promotion of diversity and inclusion in games development.

As students at Huddersfield University, the studio founders met on their Enterprise Placement Year.

Helen Andrzejowska, Founder and Director at Ocean Spark, acknowledges that the Enterprise Placement Year was pivotal to them setting up the studio. Without it they would not have developed the skills needed to run a business. During that year, Helen was not only learning to be a 3D artist, so too was she quickly becoming an expert in business administration and the essential operational skills needed to start an enterprise.

One of the company’s core objectives as an indie start up is to use their growing reputation and influence to positively impact the next generation of games developers, specifically young girls with an interest in making games. The studio was – and continues to be – approached by schools asking them to run workshops with their students. They now run the Ocean Spark Studios Academy. Whilst this stream of revenue isn’t the company’s most lucrative source of income, it is consistent and it does help to relieve the pressure any gaps in grant funding and contract work can create.

Recognising the value of a diverse workforce to the creative process is something that propels the young team at Ocean Spark to continue to build on the success of their Academy.
Ocean Spark Studios’ first project, Tetra, is one that they are still focusing on to this day. They’re working on the demo, the development of which has involved much player testing, with the support of the UK Games Fund to take the game closer to release.

Helen acknowledges that the studio’s geographical location, being situated in one of the proactive games dev clusters dotted around the UK, helped the start-up go from having just £4 in the bank to a sustainable business. Through a positive network, like-minded peers and influential mentors have helped the company grow in confidence and longevity.

Applying to the Pitch Development Programme in 2018, Ocean Spark Studios used the grant funding to polish and improve their demo of Tetra to take the game to EGX in the Autumn. There they made invaluable contacts and learned even more about how to iterate improvements to the game through player feedback.

Having been on the receiving end of some constructive advice, the team at Ocean Spark would advise any games developers just starting out to take all the advice and support that is on offer, but to remember that no two experiences will be the same and that your trajectory to success will be what you make of it.

Ocean Spark Studios is a great example of how a group of like-minded, ambitious and creative students can go on to create a sustainable and flourishing business with the right level of support from academic institutions and development programmes such as The UK Games Fund.